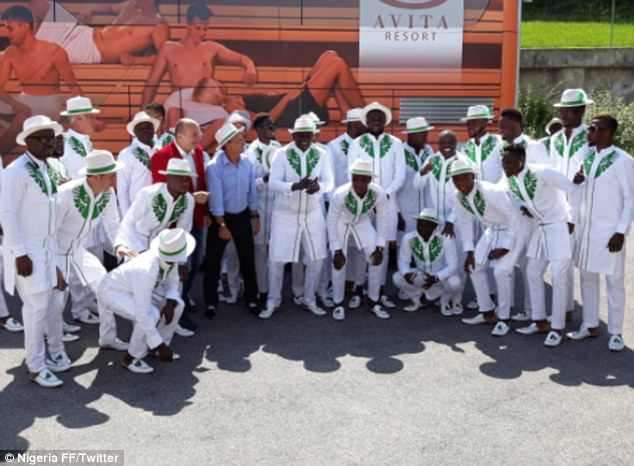 They arrived in Russia on Monday the 11th of June 2018 at the Mineralnye Vody airport in their fashionable homemade costumes which could never have gone unnoticed.

The Super Eagles were in the same group (Group D) alongside Croatia, Iceland and Argentina. This pairing caused a lot of agitation among the team’s enthusiasts as it was believed the group had real contenders.

Their first game which was held in Kaliningrad Stadium against Croatia on Saturday the 16th of June 2018 ended in a 2 – 0 with Croatia leading and this was as a result of an own goal by Peter Etebo and a penalty kick by Luka Modric.

The match between Nigeria and Iceland which ended in 2 – 0 was held on Friday the 22nd of June in Volgograd. The first half of the match wasn’t encouraging as the Super Eagles obviously struggled to create clear-cut chances but the game came alive in the second half as Ahmed Musa who was undeniably the star of the match, scored both goals for Nigeria.

The match between Argentina and Nigeria (2- 1) ended the journey for the Super Eagles in the FIFA WORLD CUP 2018. This stirred a lot of reactions among the fans as the result of the previous match had gotten their hopes up. Nigeria manager Gernot Rohr: “It’s a big disappointment because my team gave their best; they made a very good second half and missed qualifying by a few minutes. So I am proud of my players because they played well in the second half. We are missing a little bit of experience, we have a young team and I think these kinds of matches are building the character of the team and in four years they will be very strong.”